Visual Police is a TV-simulacrum. The work explores the mechanisms and the power of media-manipulation. The artist performs fictional person, who is being interviewed as really existing person by six top Bulgarian TV-anchors in the set of their own publicist TV-shows. The artist’s fictional personality is Major J. Stefanov, commander of the newly established Visual Police Squad that has the paradoxical repressive prerogatives based on esthetic judgments. Although completely insinuated, this absurd little by little turns into reality due to the omnipresent authority of television. The work is about the borderline between the fiction and reality and the easiness to transgress this border.

“War is the extension of politics by other means.”  Carl von Clausewitz

“Art is the extension of politics by other means.”  Igor & Svetlana Kopystiansky

“Art is the extension of politics by the same means.”  Javor Gardev 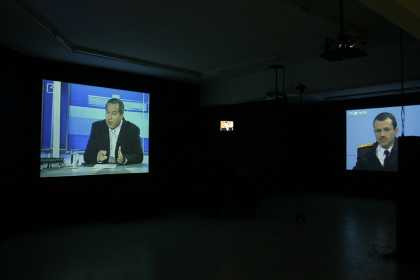 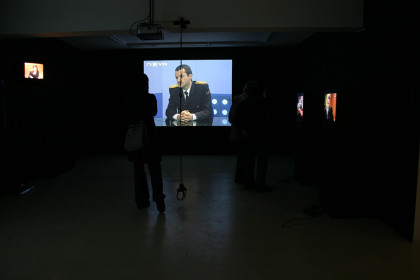 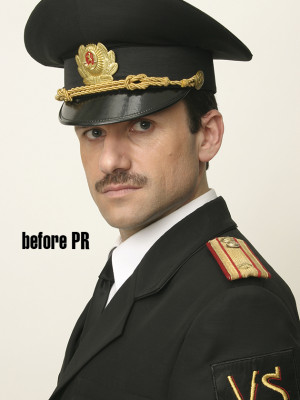 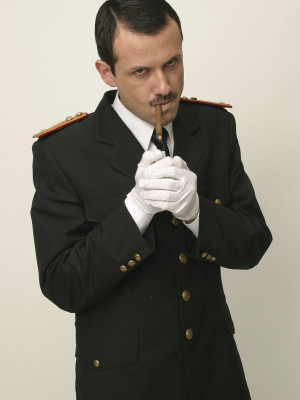 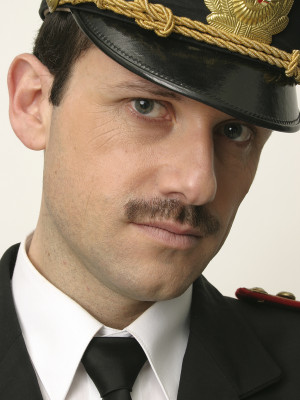 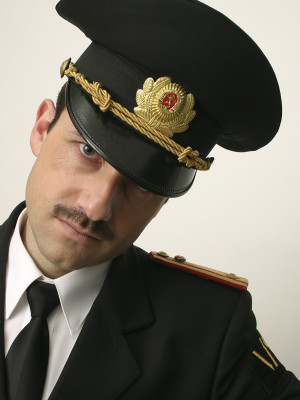 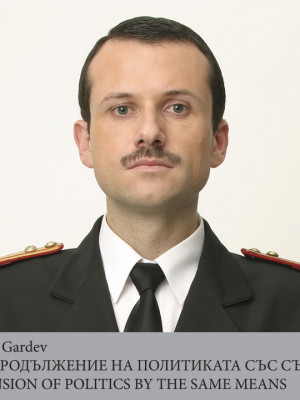