In October 1998, the last residence of Louis XI in Tours was turned into a theatre:  “LE PLESSIS, théâtres… ” was born. The José Manuel Cano Lopez company settled in this new theatre with the wish to fully share its stage experiences with as many people as possible. It led to a most remarkable artistic project :

“ We will consider the theatre season as creative routes interlacing and not as a succession of plays : putting forward the creator, the human being, rather than the repertoire, allowing the audiences to penetrate the mysteries of the artistic creation process and the vital commitment of creators, thanks to their presence at LE PLESSIS, théâtres… (creators will all be present in Tours, from a couple of weeks to three months).

All along these (IMAGINARY) ROUTES our desires remain the same : constainly questionning the human element, and through our simple theatrical gestures, sharing our emotions with men and women of the Town.

Never making any concession, ever…

With always the unspeakable pleasure of creating ”

LE PLESSIS, théâtres… has been welcoming European artists for creating periods since 1999. The principle of these periods is the following : through two or three months of encounter with artists, the audience is able to experience the creating process. 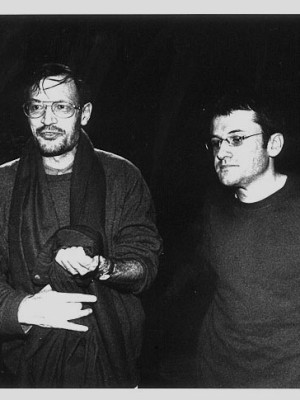