Tours in Germany and Romania.

ITHACA
I’m in a hurry. I’ve been in a hurry for a long time so as to embody the image of my Antiquity. That Antiquity, which slipping breath I’ve been chasing for so many years. Between the thin columns of reference books, between the glazed leaves of museums’ guidebooks, between the spoiled pages of school appliances. I want this breath in flesh. I want it here. Right in front of me. Liable to be handled. I do want it and that is why I’m in a hurry.
I’m in a hurry just as I used to be in times when I was persecuting this breath in the naive novels; when I was reanimating dead languages with clumsy articulation hoping to hear its hidden voice there; when I was spelling the beautiful sigils in the German academic bilingual volumes waiting for it to drop in on me right from on high. Thanks to this unusual meditation! I was hunting that breath all over the Greek ruins and I was also studiously excavating covered towns just to get a peep of its mummy among their walls.
This breath of Antiquity is what I’m chasing in the Ulysses’ nightmare now. And I’m in a hurry again. I’m in a hurry to entice this breath on the high “coturn” shoes, and making use of its majestic (but clumsy!) walk to trip it up while it is passing by the orchestra and after that to hold up its free falling in the trap of the modern stage. To take hold of it there with the force of my only accessible charm – the charm of the furious desire. To whirl it in the rotation of my Dionyssus’ ecstasy so as to melt the resistible mechanisms of its slipping and fading.
I do hurry up. No, in fact my desire does. This is it that follows the track of the antique puff trying to reach Ithaca before the common sense has stopped this desperate and furious rush. 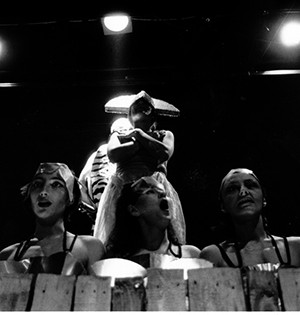 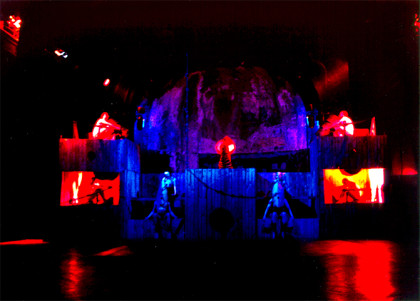 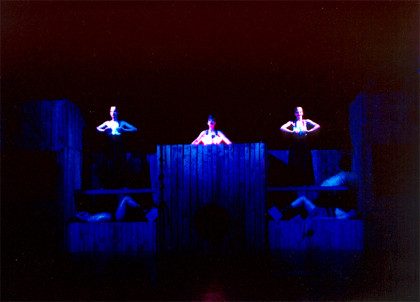